Donna Smith swapped the quiet island life for that of a rock star last month when she visited New York City for the Vogue Knitting Live textile and craft show. 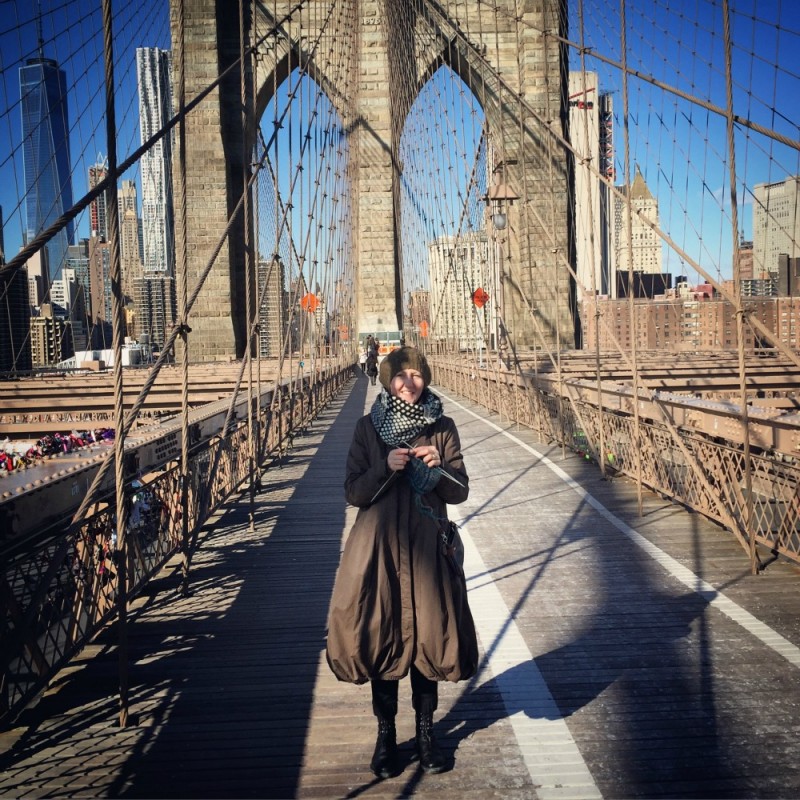 Part of a team promoting Shetland’s annual festival of knitting, Wool Week, of which she was the 2015 patron, Donna was mobbed by passionate fans desperate for hints and tips on how to produce Fair isle knitwear.

“It was all quite surreal,” she said.

Donna sat and knitted at the Shetland Wool Week stall, exciting watchers by her use of the traditional Shetland ‘makkin belt’, a leather ‘third hand’ worn around the waist and holding an extra needle And her design for a Fair isle bobble hat featuring sheep – the ‘Baa-ble’ hat – has become a transatlantic sensation.

“A lot of folk had knitted it and were wearing it at the exhibition, and even outside in Times Square,” she said. “It’s amazing to think it’s so popular there on the other side of the world.” 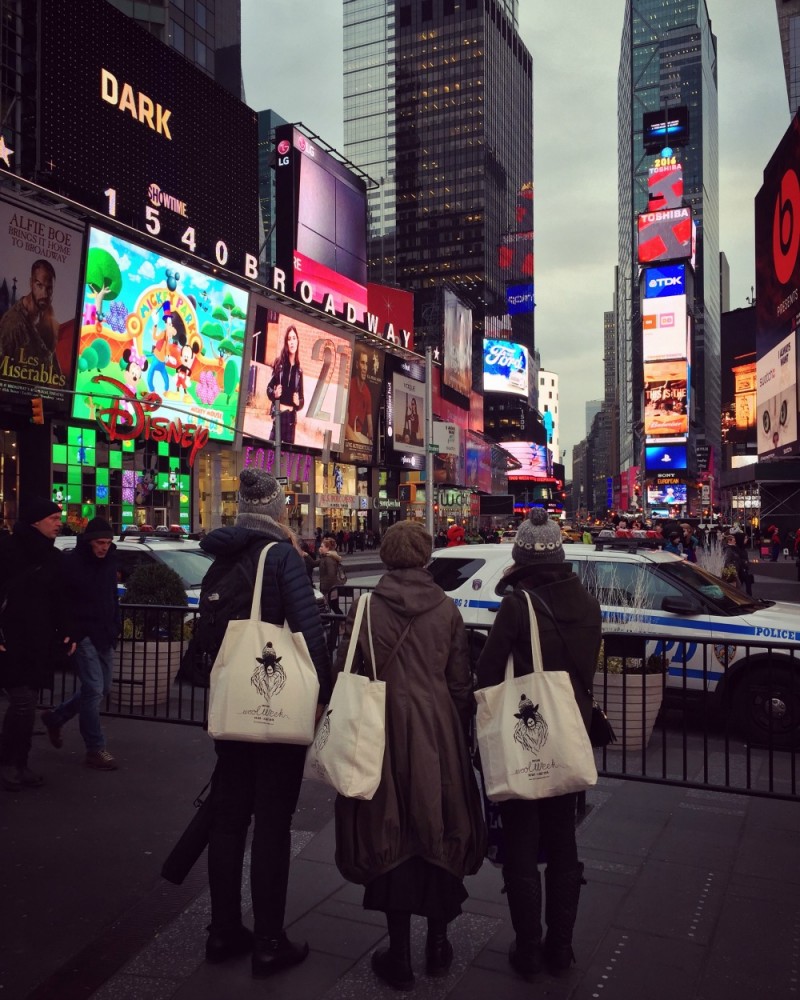 The ‘Baa-ble’ was Donna’s official design to celebrate the 2015 Shetland Wool Week and has clearly captured American imaginations. It was the most queued pattern on the craft textiles social network site Ravelry in 2015 and was one of the reasons the four-strong team from Promote Shetland decided to go to New York. 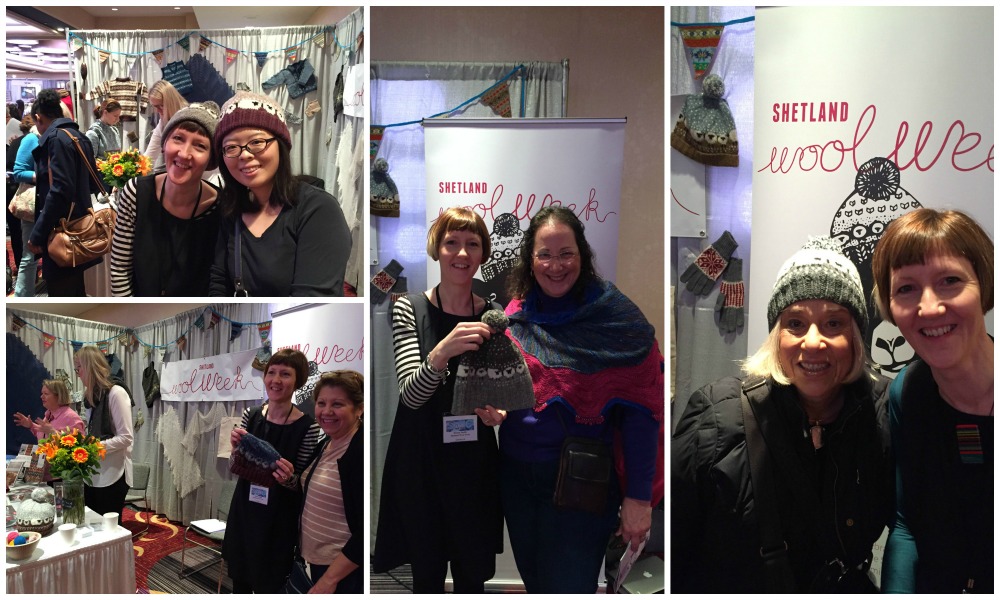 “It was a risk,” admitted Misa Hay, Wool Week organiser, “but we discovered that more and more Americans have been coming to Shetland Wool Week, and we sold over half of the Shetland Wool Week Annual’s print run to the USA. We took 2000 copies of a leaflet about Wool Week which included the pattern for Donna’s now-legendary Baa-ble hat, and they were all handed out. We reckon to have spoken to about 2500 folk over the two and a half days of the event.

“People were actually queuing up to get Donna to sign the pattern,” Misa said, “and showing her pictures of projects they’d undertaken. Folk were sometimes five-deep around the stall trying to talk to the isles representatives. We could never have hoped for such an incredible response – we’re really pleased and proud. ”

The spectacular and continuing success of Shetland Wool Week has illustrated the importance of the American market when it comes to knitting and island textiles generally. So it was strategically important for Shetland to be represented at what is perhaps the biggest and most prestigious knitting show in the world – January’s Vogue Knitting Live.

Four of those most intimately involved in Wool Week, – Donna Smith, the event’s patron in 2015, Carol Christiansen of Shetland Museum, with Kirsty Halcrow and Misa Hay from Promote Shetland – travelled to New York where they had a booth at the exhibition. 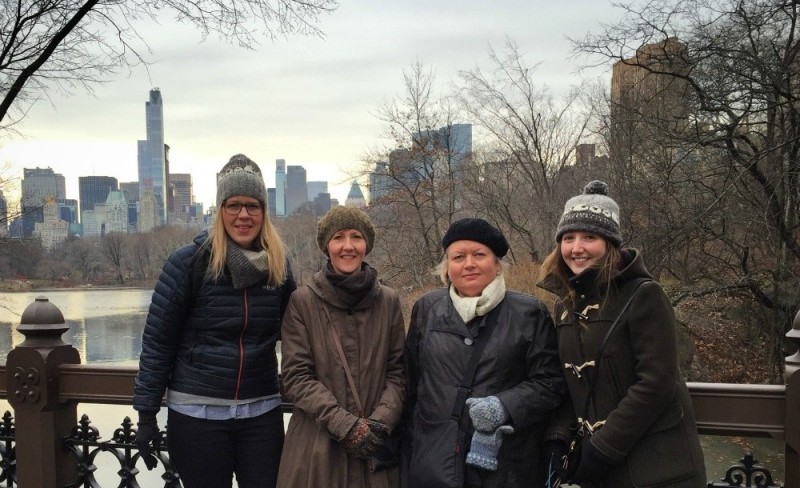 Perhaps the weather in New York during the festival contributed to the popularity of Shetland knitwear and indeed the ‘Baa-ble’ hat: Temperatures were as low as minus 11 degrees Celsius and the following weekend saw the worst blizzard to hit the city in decades.

Check out our latest news on Ravelry.